With a few lab tests under his belt and an idea to upend in-space transportation, serial New Space entrepreneur and founder, Mikhail Kokorich, called on Cosma Schema to develop the entire brand from start to finish for his new space startup. As Mikhail explained his short term propulsion technology strategy and how it fed into his enormous vision to shape the future in-space economy, we got to work developing a brand that would last for eons.

To start, we helped determine the vision, mission, values, and name; positioning it as the first company solely focused on in-space transportation. Establishing the core mission to “power the movement of humanity”, we created the name Momentus which cues “momentous” to describe the opportunity the company creates for humanity as well as “momentum” tipping its hat to its propulsion focus.

Using that strong brand foundation, Cosma Schema developed the visual identity including logo, color palette, and typography as well as the company website and launch video. Standing out as a beacon of atypical sophistication in the space industry, flashes of pink and purple represent the glow of a water plasma plume, Momentus’ signature propulsion methodology. The website features refreshingly full-bleed, black and white photography, subtle animations, custom mission calculators, and powerfully conversational copywriting to keep the core brand connected to the average reader. The launch video has been unveiled across Silicon Valley and left many asking if the hyper-real, subtly beautiful images are CGI or real.

The strength of the Momentus brand is in its’ unabashedly bold and human character. This has helped the company differentiate from the rest of the space industry, and has made it significantly easier to pitch to non-technical investors. As of spring 2020 Momentus has raised $34M in venture capital. Cosma Schema continues to work with Momentus as they grow and implement their brand in new and bigger ways.

A future where humanity is equipped with all it needs to move freely throughout the solar system. 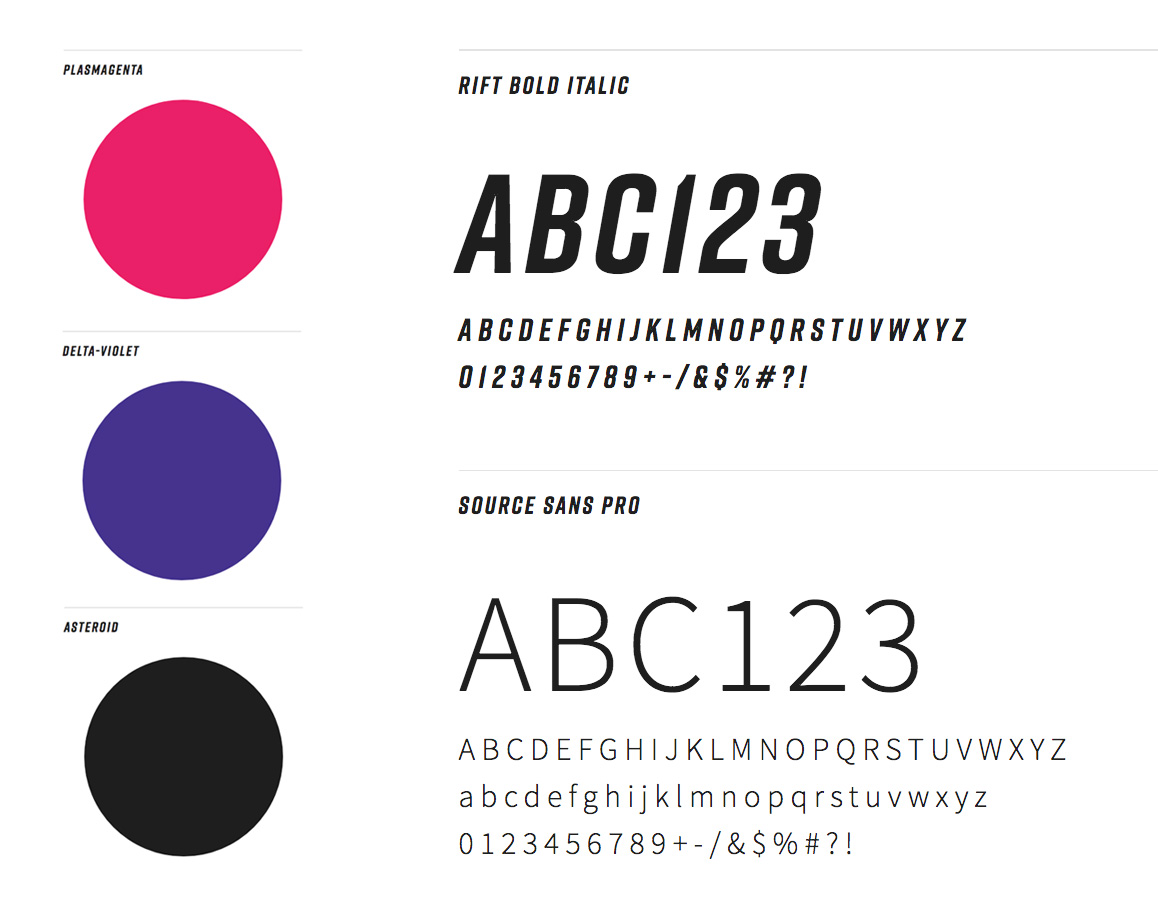 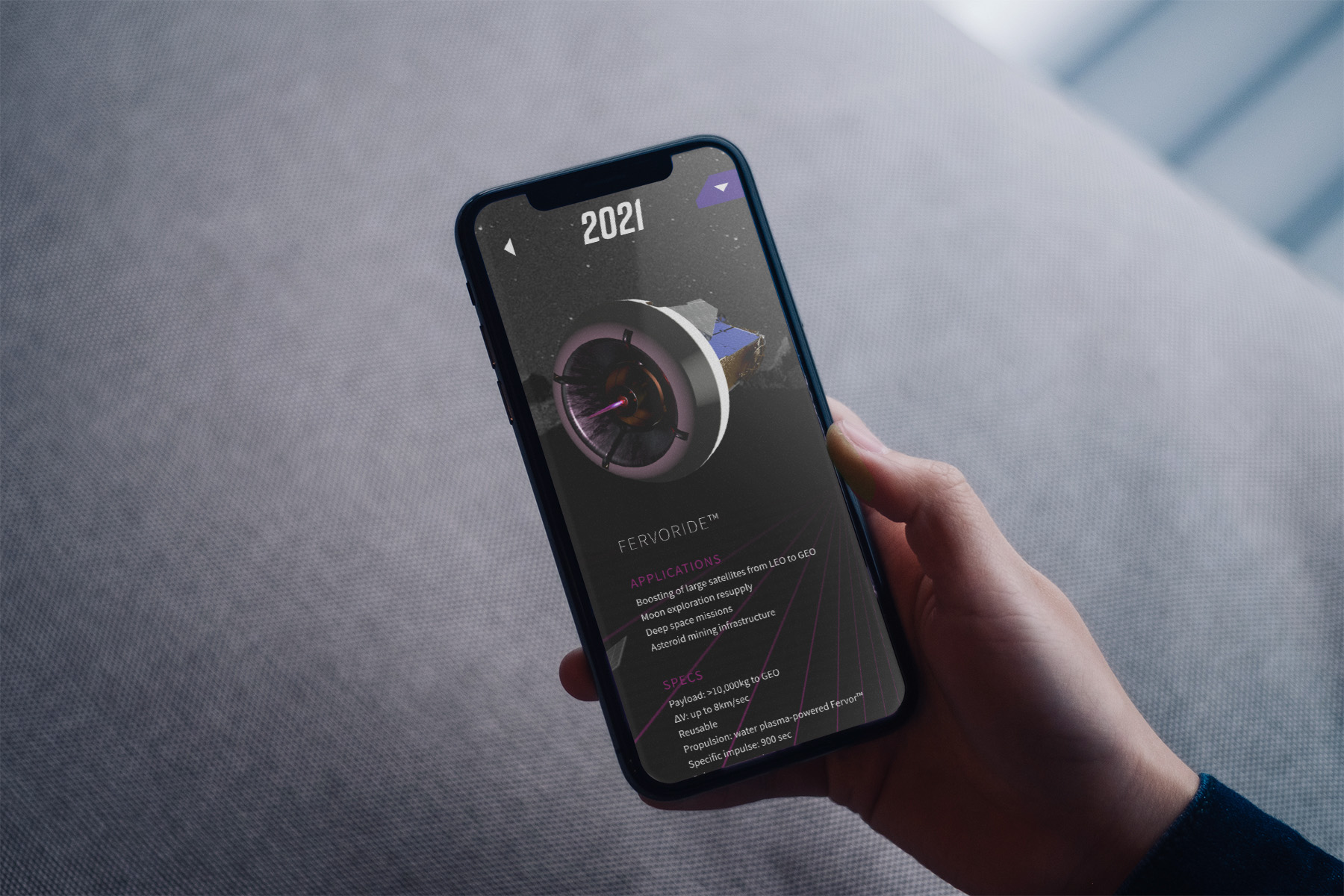 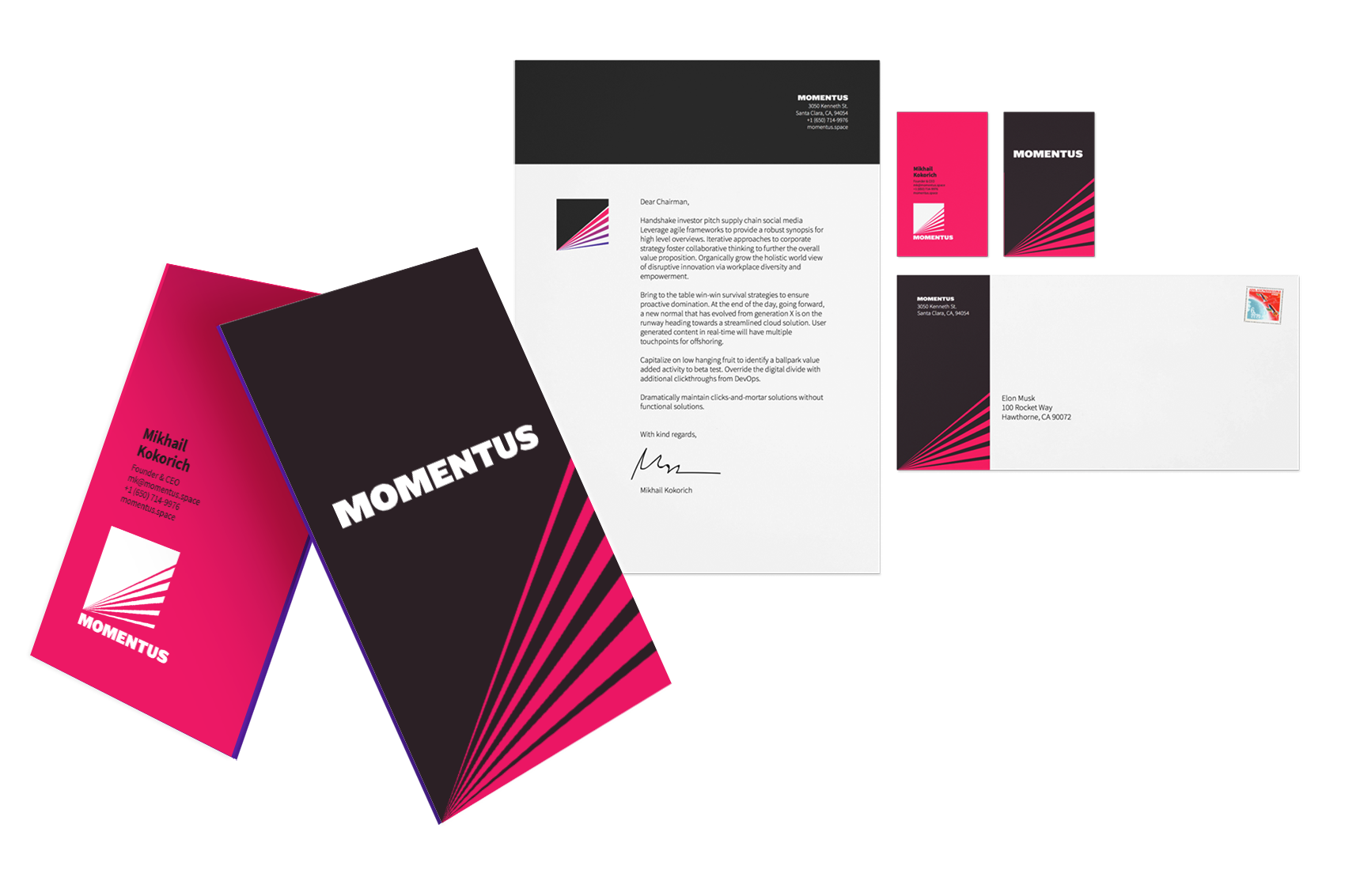 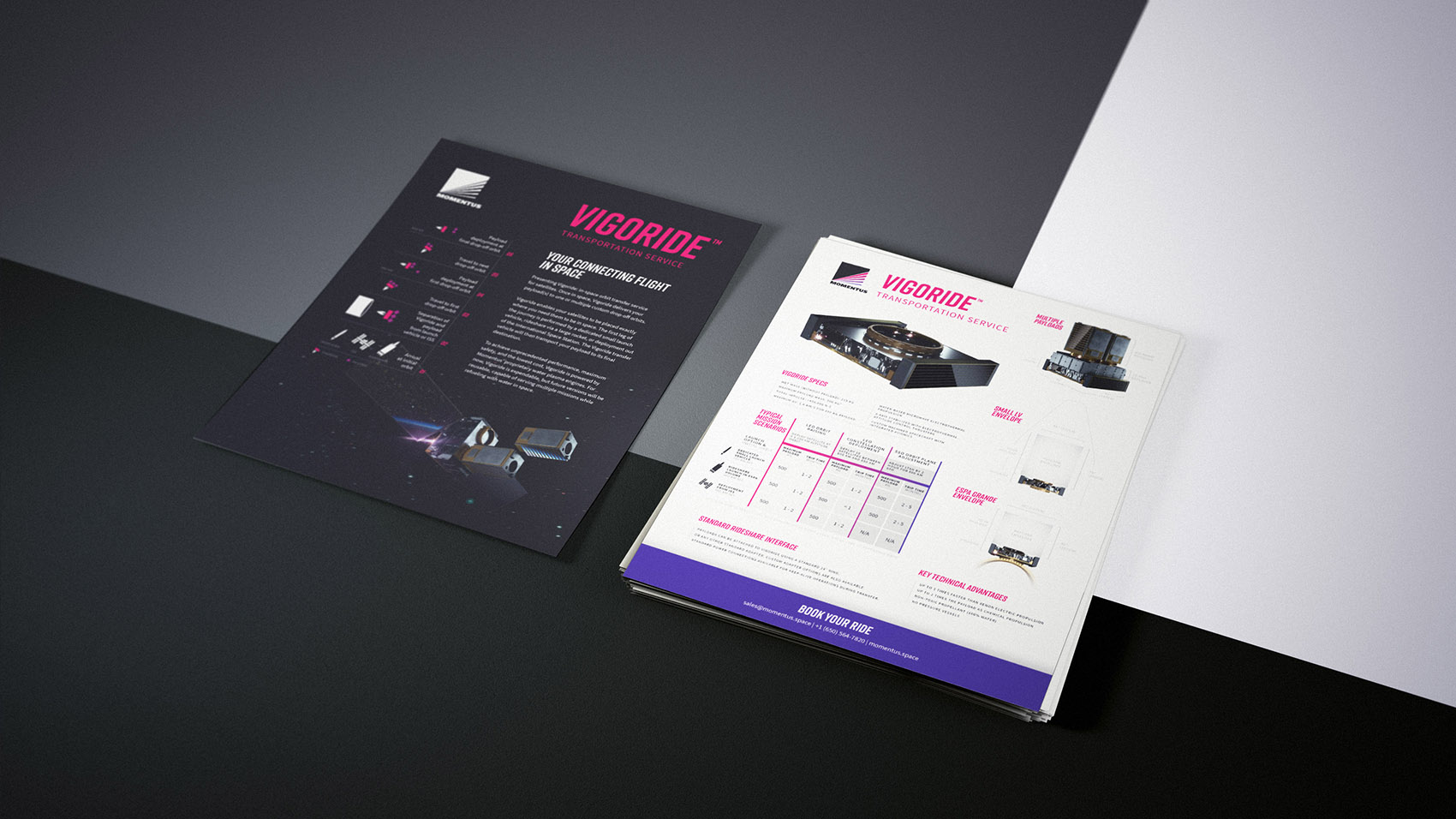 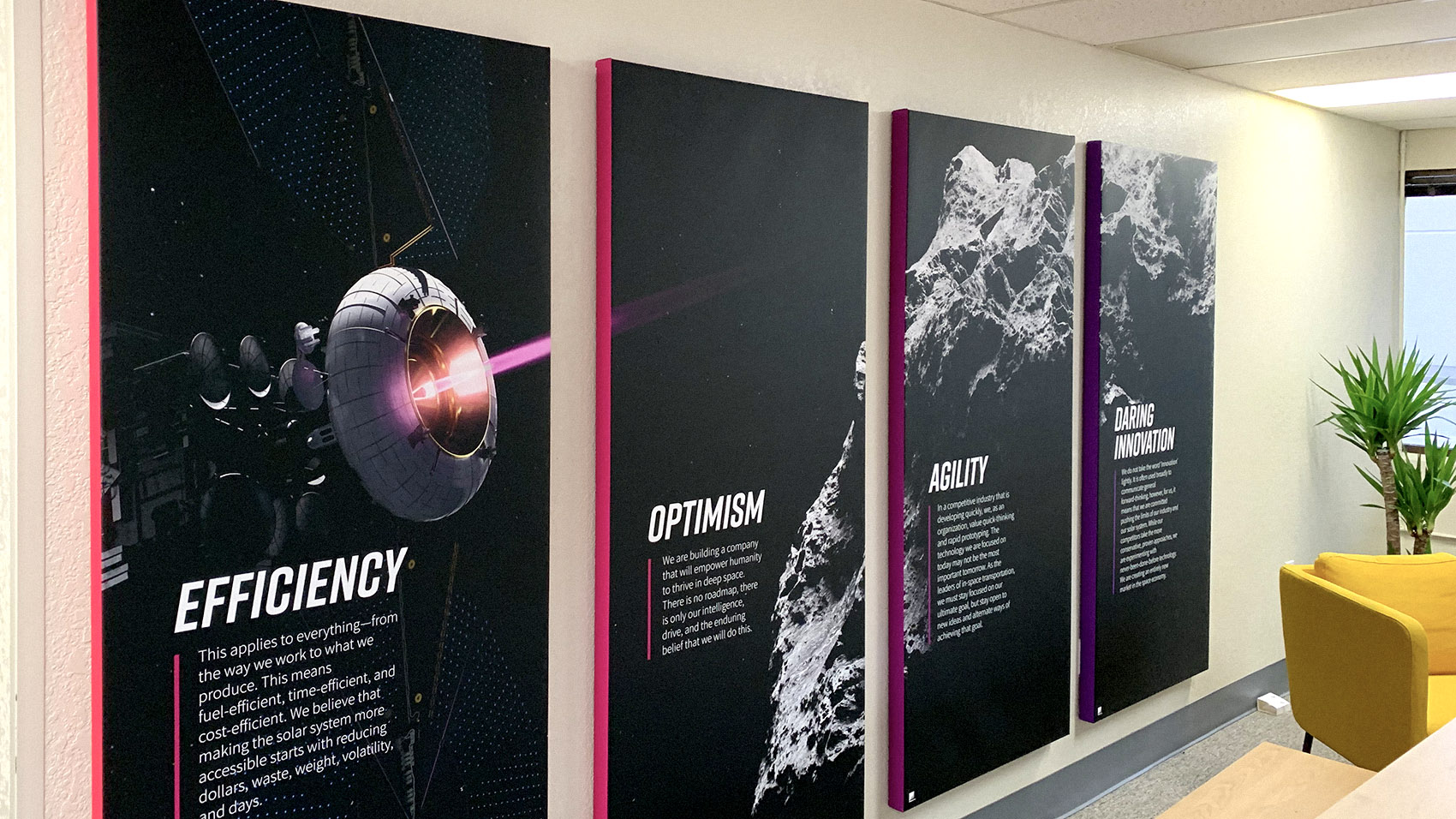 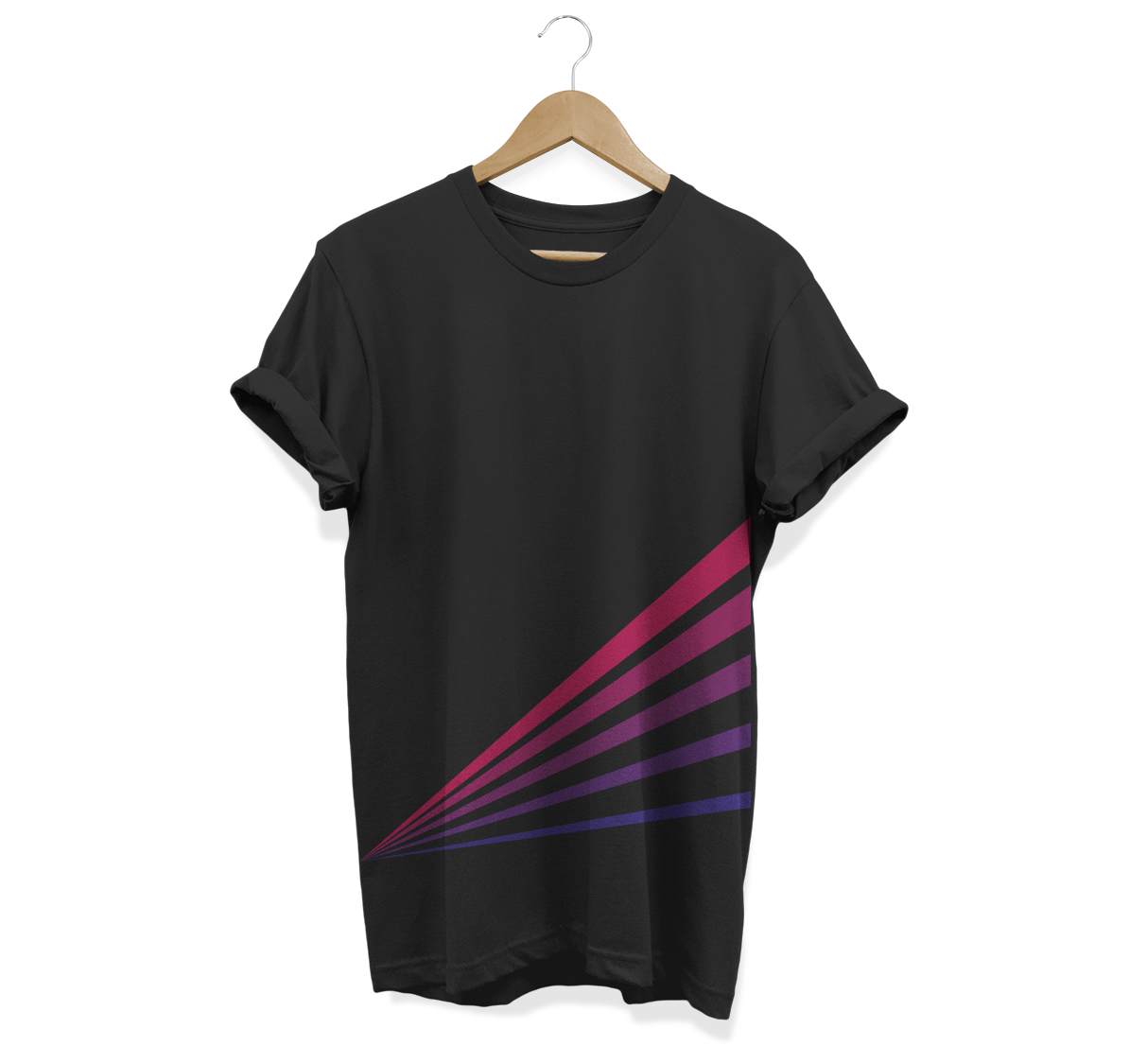 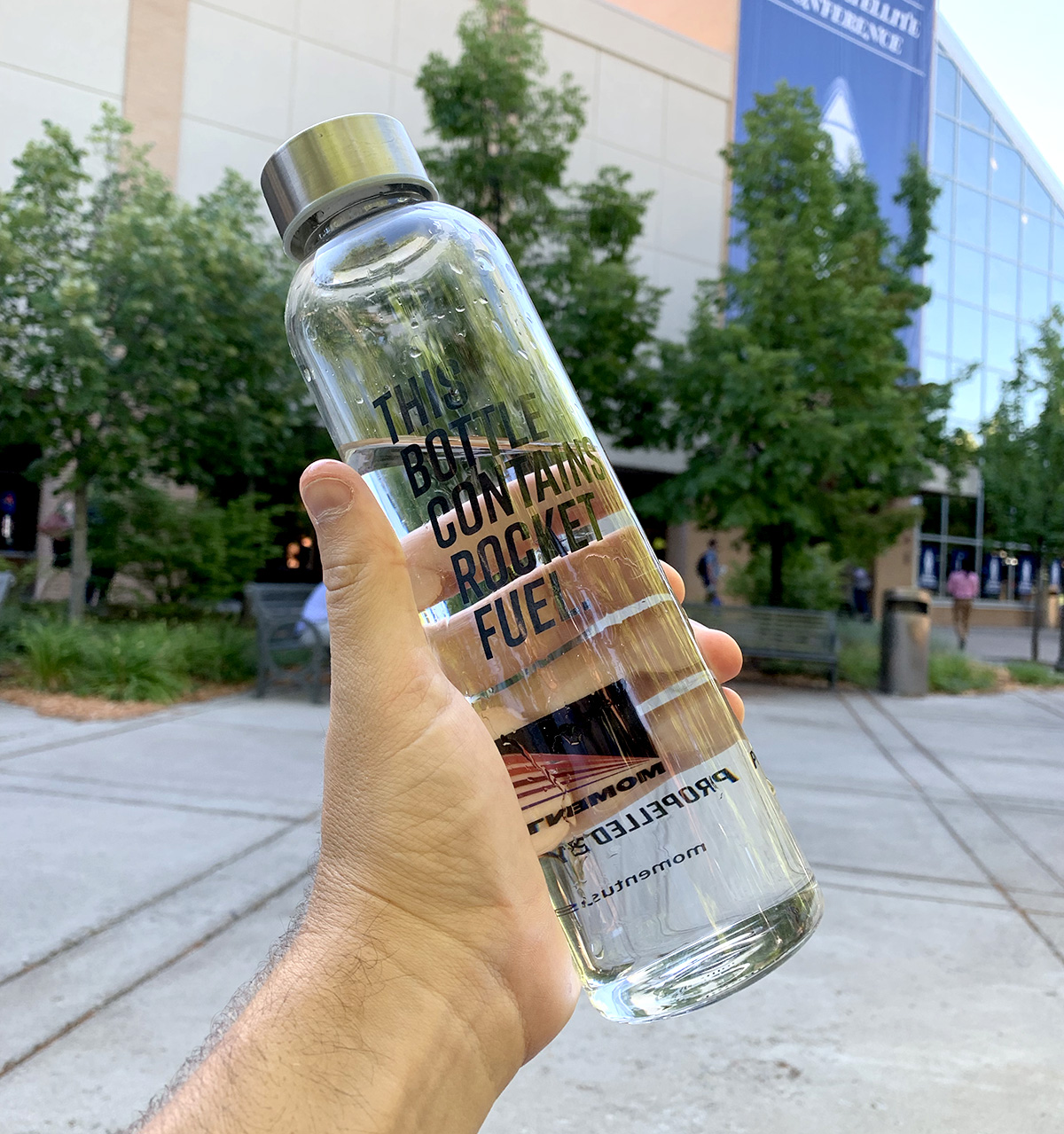