The Planetary Society is built upon the shoulders of legends. Founded by Carl Sagan in 1980 and now led by Bill Nye they are the world’s largest and most influential non-profit space organization—and we’re incredibly lucky to have had them as an ongoing client since 2017.

Over the years we’ve helped them plan, organize, design, and print their most public-facing  documents. Most recently, The Planetary Society leadership tapped Cosma Schema to lead the update to their once-every-four-years Strategic Framework handbook. This booklet declares to all society members the current and future focus of the organization and the strategy they’ve developed to maintain it. Such a foundational document cannot only communicate with words. Our choice of captivating full-bleed imagery and a pristine modern aesthetic conveys the kick ass, forward-thinking nature of the Society as a whole . We worked closely with Society leadership (yes, Bill was there) to dream up and execute a document that sets the Society’s course and will withstand the test of time.

As part of The Planetary Society’s continued growth strategy, they are forming partnerships with some of the most notable private space companies. In 2017 we worked with their Partnerships Team to develop the documentation that will act as the liaison between The Planetary Society and their new partners. The result is bold while clearly and beautifully communicating what is at the core of the society’s efforts. Spreads from this document can be seen towards the bottom of this page. 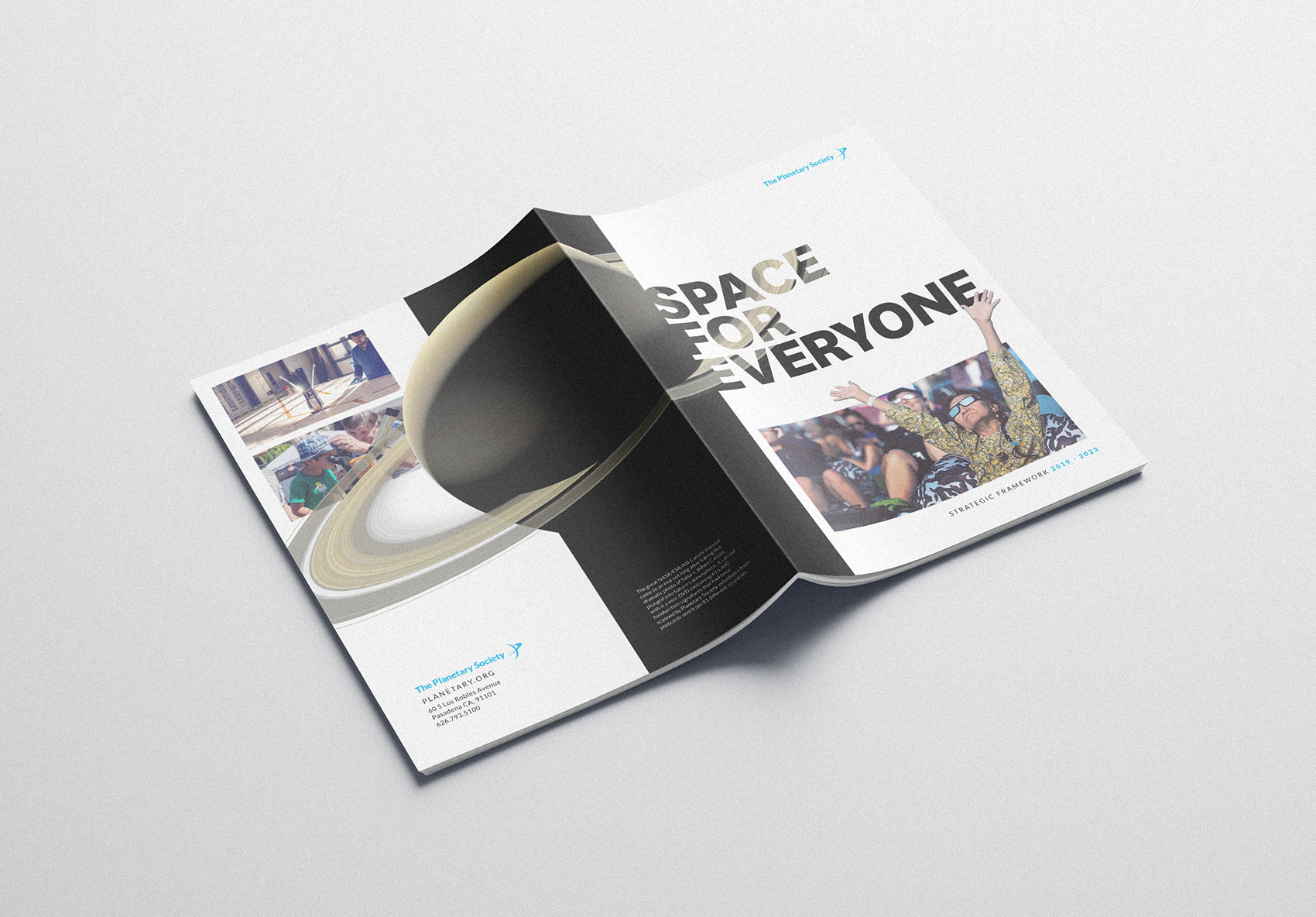 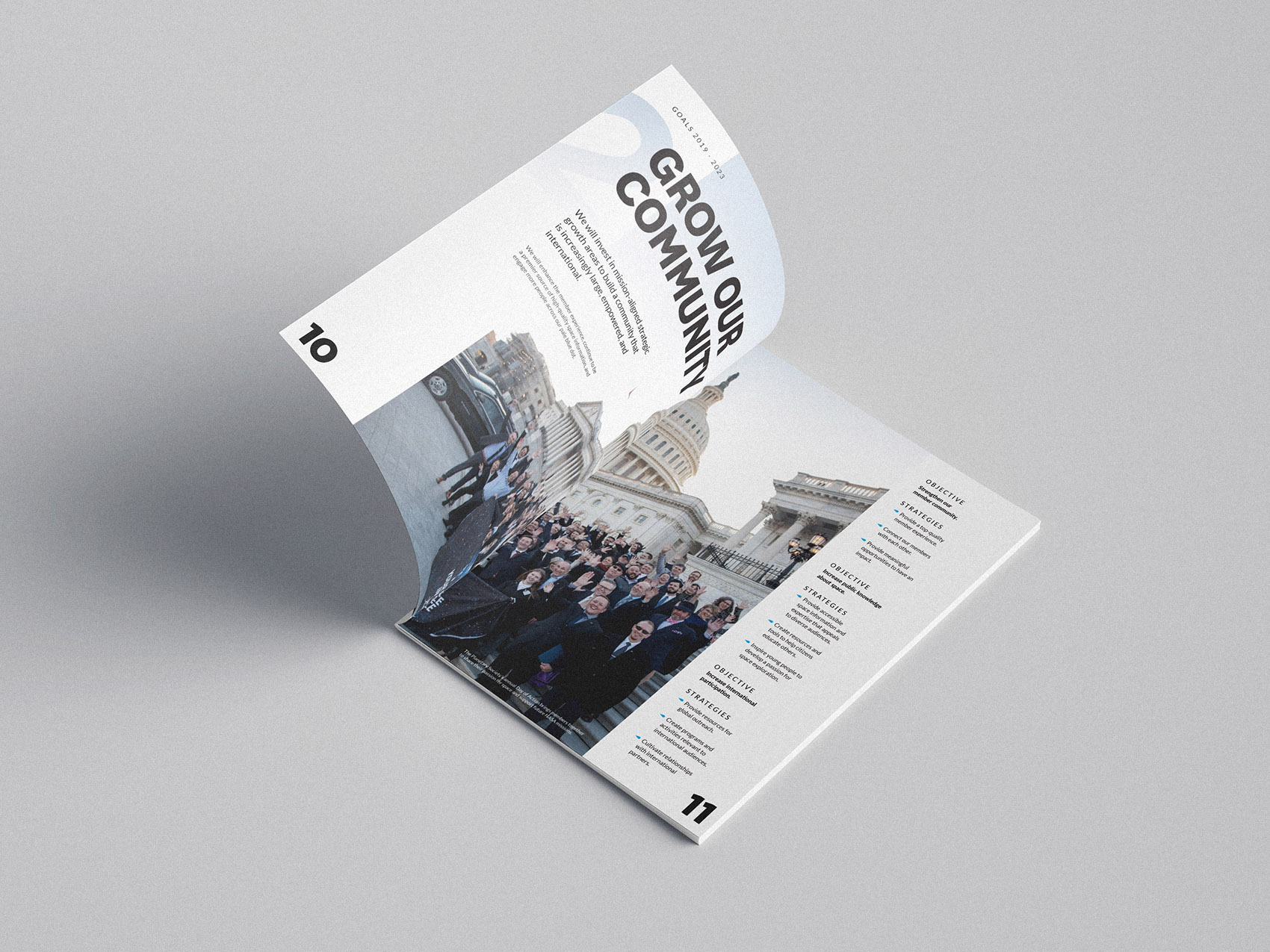 It has been a joy working with [Cosma Schema]. You’ve brought our vision for the next five years to life in such a stunning way. We are so grateful we had you and your team develop this for us. I look forward to working with you on future projects. 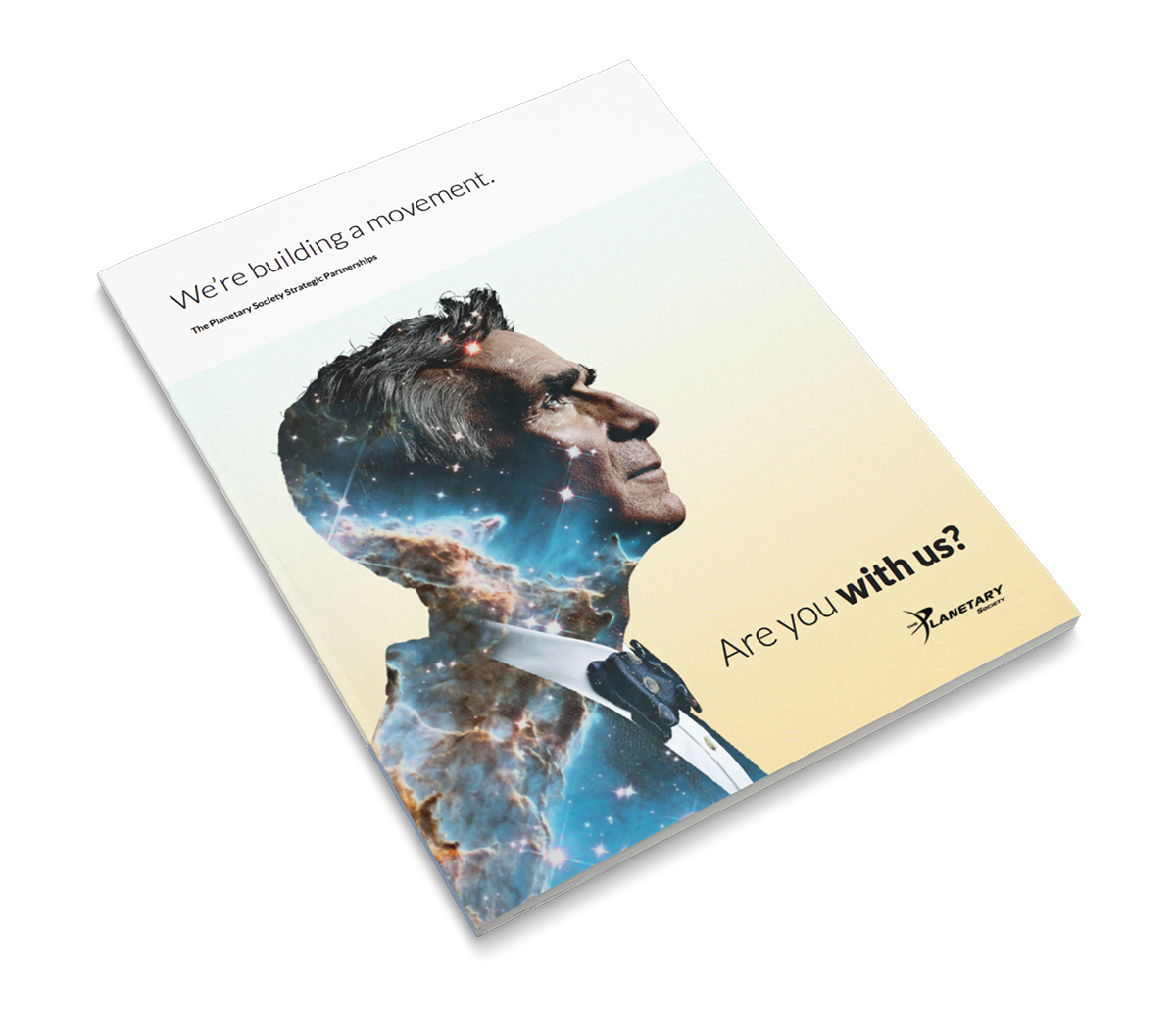 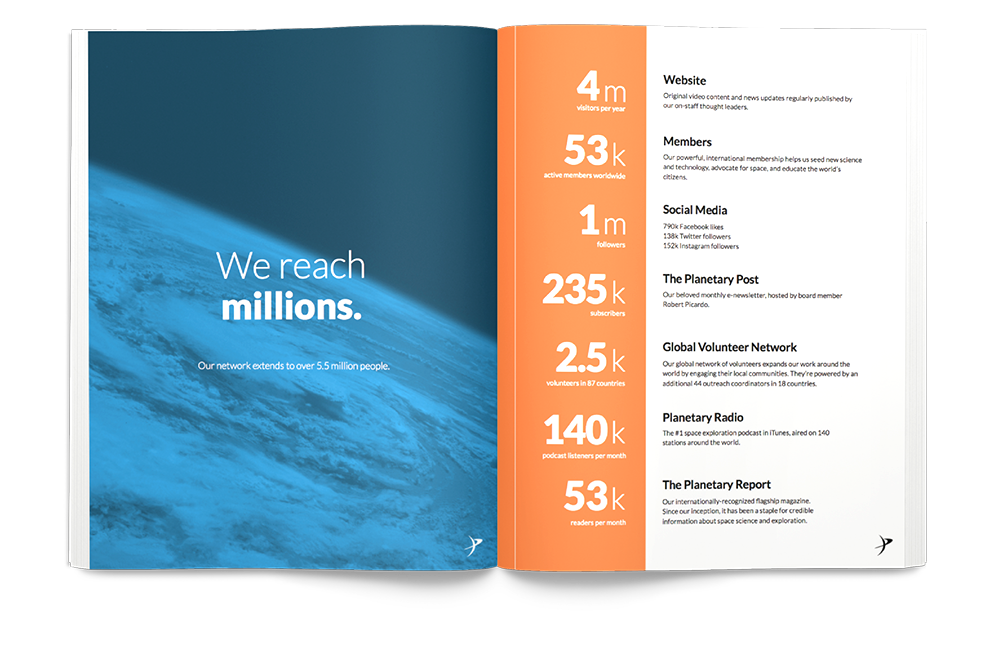 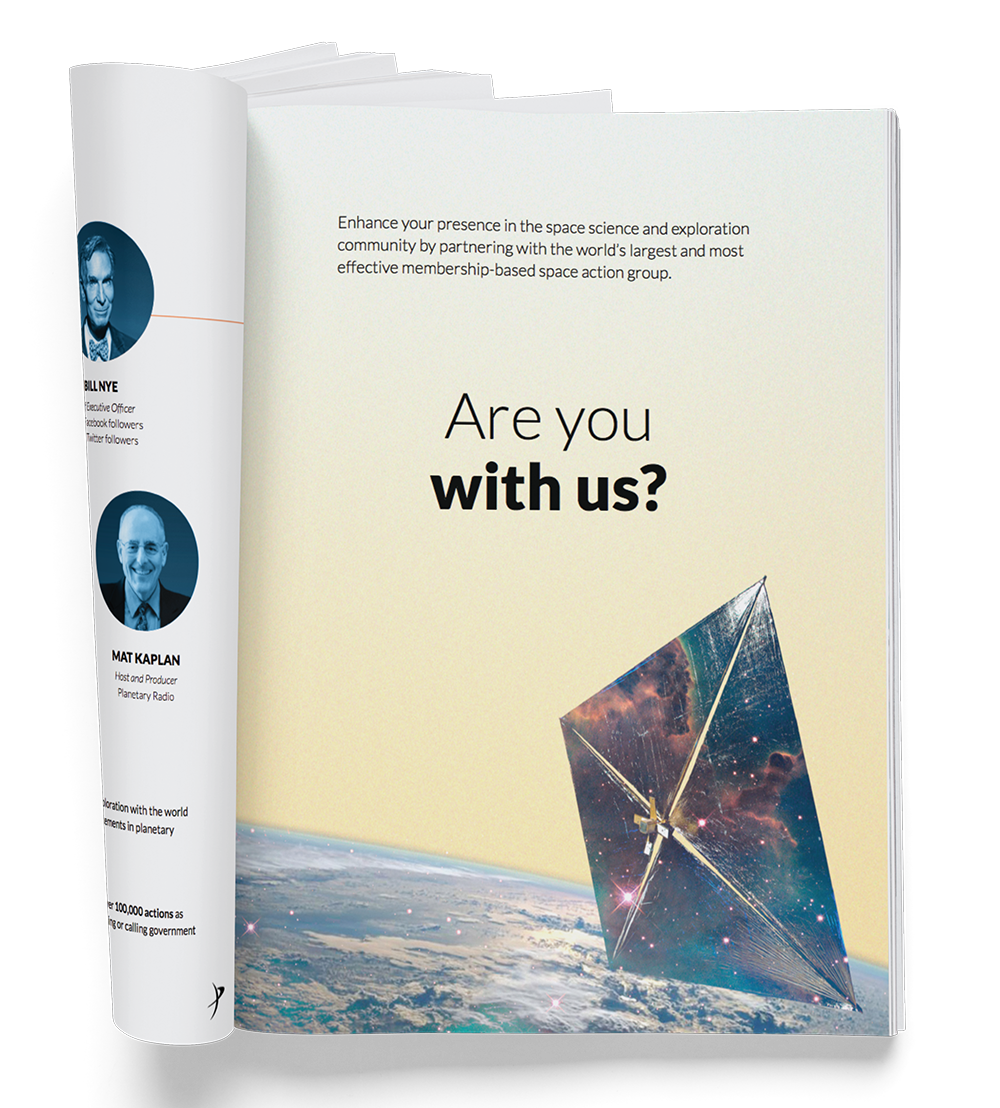